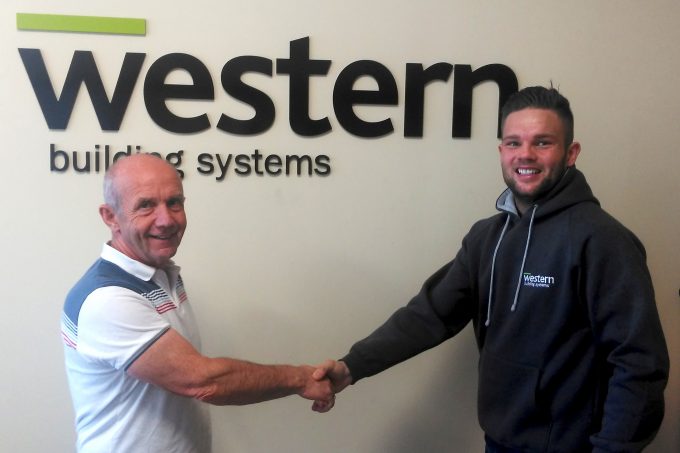 Western back local boxer all the way to the Big Apple

Western Building Systems have linked up with Coalisland boxer Conrad Cummings to assist his quest for boxing glory as he prepares for his next fight in New York.

The unbeaten Conrad, will fight on the undercard of the Carl Frampton- Leo Santa Cruz World title bout at the end of July. He will travel to London next week for his training camp ahead of the fight.

To make life that little bit easier for the middleweight, Western have sponsored Team Cummings with training gear to ensure that the Coalisland man looks his best in the big fight build-up.

Conrad stopped for pictures on a recent visit to the office with staff members including former world amateur bronze medallist Tommy Corr who works in Western’s Window Division.